What is P2E Gaming? 3 Reasons Why Blockchain Gaming Will Thrive

Gaming is one of the largest industries in our economy today. It’s an area that sees millions enter every year thanks to the rapid improvements in game development. There is now however a new form of gaming that could potentially attract millions more. Imagine a world where you can play your favourite games and earn real-value assets while doing so? This world is not far away, and it’s called play-to-earn gaming.
NFTs
Crypto
Blockchain 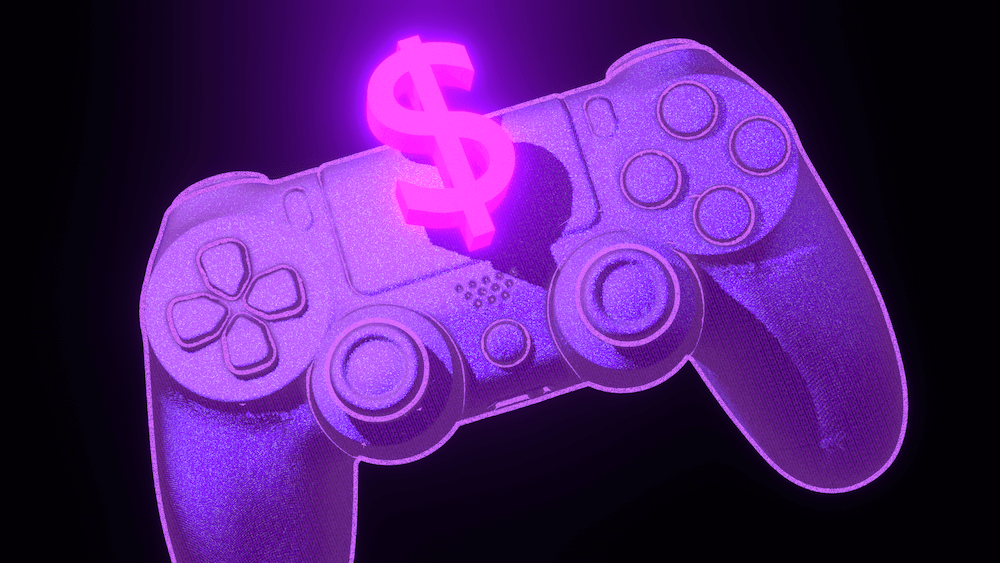 What is P2E Gaming?

The term P2E stands for play-to-earn and it's quickly becoming one of the biggest trends in NFTs and crypto. It means that gamers/players have the chance to earn real-value assets from playing a game. This has been a long time coming as earning from traditional gaming was limited to competitive leagues and other more serious events - for example, a team winning Call of Duty World Championships would acquire a large bag of prize money.

What’s coming is that any gamer, whether recreational or serious will have the ability to earn from their time spent playing a game. With the gaming industry currently being bigger than the film and music industry combined, it’s scary to think how much more it could grow with having the potential to earn from playing.

If you’re wondering what players will ‘earn’, it’s going to be the same setup as the current gaming ecosystem. Players can accumulate in-game assets that will actually be tradeable on open marketplaces thanks to blockchain technology. These items will be NFTs and can be sold for real-value digital currencies.

There are a few key differences between traditional gaming and play-to-earn (P2E) gaming. The concept of gaming fits perfectly with the crypto environment - in-game economies/markets with a demand for items and in-game currencies. Play-to-earn games simply use the blockchain to power these in-game economies.

Here are some of the key differences between traditional and play-to-earn gaming:

In traditional gaming, items we claim in the game aren’t actually owned by us. They’re owned by the publisher and they’re stored in closed-off data systems. This means we’re limited to using/trading these items within the game itself.

In P2E gaming, in-game items are acquired by players who gain full ownership of them as digital assets which are actually NFTs. These assets can come in many different forms - weapons, skills, characters, land, literally anything. Players have proof of ownership of these assets through an NFT and have the choice of either utilising the asset, selling it in-game for a native currency (cryptocurrency), or selling it on an open marketplace (for cryptocurrency).

Traditional games will often have an in-game currency. A token that players need to acquire necessary items. These tokens again are closed off within the game itself and have no utility outside of the in-game economy. There is also an infinite supply of this currency.

These tokens fuel microtransactions. Players purchase this token or currency with fiat currency in order to buy rare or important items. This is the biggest way that game publishers generate revenue today. Think Fortnite for example - a free game that generated almost all of its revenue through microtransactions.

Launching a currency or coin is also a great fund-raising mechanism. Publishers can present their game idea to the public, and can then offer their coin to early investors. This is called an initial coin offering (ICO).

Traditional games right now are of a standard we’ve never come close to. Graphics, functionality, and storylines are almost perfect in many ways. This is thanks to the crazy demand from gamers. Publishers and game developers have had access to unbelievable funding which has accelerated the growth and quality of games of all kinds.

This is the quality we're seeing in traditional games right now:

Play-to-earn games are not of the same quality right now and in fact, they’re years behind. The concept is still relatively new and the adoption stage is still very much present. Plenty of new game companies are starting up, without the experience of traditional gaming publishers. The games are functional, but they lack the ‘wow’ factor of today’s gaming meta.

To give you some perspective, this is Axie Infinity, the most prominent P2E game right now:

This will change in the near future, as new publishers will have the funds to hire experienced game developers and teams that know how to build a game of modern-day quality.

3 Reasons Why Blockchain Gaming Will Thrive

Although it may be a while until we see the quality that current games have in P2E games, there’s simply no doubt that blockchain gaming will have its time and turn the gaming industry into one of the biggest on the planet. Let’s talk about 3 reasons why:

Gaming is a bigger industry than music and movies combined. People love them and with the increase in the quality of games, the industry will continue to grow. However, current games are purely entertainment without any real-value gain away from pure enjoyment.

This is a reason why many people don’t engage in gaming. They feel it is a ‘waste of time’ (by the way, I’m a hardcore gamer). So the current gaming meta writes those people off. Now bring in the potential to earn real-value assets while playing. Not so much a waste of time anymore, is it?

This will grow the gaming user base exponentially. Way more people will consider gaming because they see monetary incentives. This may be a sole source of income, or just a side hustle to earn a bit while hanging out.

As mentioned above, gamers will have full ownership of the items they acquire in the game in the form of NFTs. This is way more empowering than traditional gaming, as there is more meaning when gaining an item.

Right now, items in games are not really owned by you. They’re owned by the publishers and they’re closed off within their data files.

By bringing in blockchain technology and NFTs, players have ownership of the item and have full control over what they want to do with them. They can sell them on open marketplaces, or they can perhaps use the item to better their progress in a game.

This makes in-game items feel more real and valuable, and this again will attract a lot more players as well as investors.

Another benefit that blockchain technology brings is decentralisation. Right now, we’re seeing huge game publishers with few people in power when it comes to decision-making and the overall direction of the games.

Many new play-to-earn games have introduced decentralised autonomous organisation (DAOs) within their framework. This will provide an opportunity for those part of the game’s community to have a say in the game’s direction as well as suggest necessary changes.

Today’s publishers often will make decisions based on what’s best for revenue generation, but with DAOs, decisions will be made based on what the actual community who have invested in the game or played the game would like to see.

How Long Until Blockchain Gaming Takes Over?

P2E gaming is only just getting started, but many are starting to realise the potential it has to attract the masses. Right now, there are many game publishers forming, as well as platforms being developed that emulate the success of traditional gaming platforms.

For example, Ultra is a project is that is aiming to be the Steam of blockchain gaming. Steam is a cloud-based game library where PC gamers can purchase and download games. Ultra has already showcased its interface and it looks awesome. Platforms like Ultra will provide a base for game publishers to launch their projects and get the necessary exposure.

In terms of game development and quality, it’s going to take a few years until we see the same quality in P2E games as we see in traditional games today.

Until then, we’re going to see thousands of smaller projects launch. Many of them will fail, but many of them will be satisfying games to play while having the potential to earn.

This is an incredibly exciting time to be both a gamer and an investor. My feeling is that both blockchain gaming and the metaverse will be one of the most prominent industries in the world within the next 5 years. 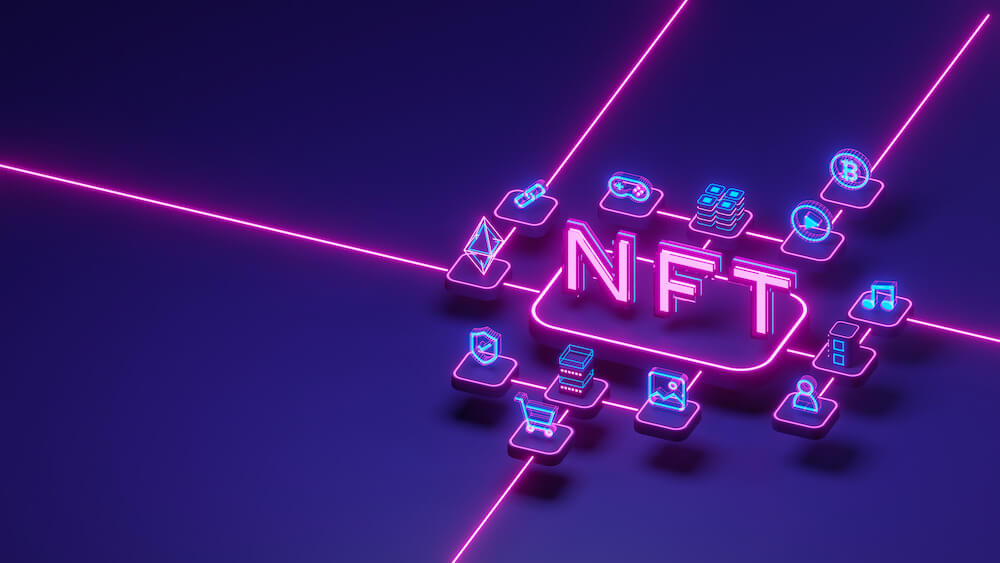 What Does 'Minting' an NFT Mean?

The term 'mint' comes up pretty often when we talk about NFTs. What does it actually mean?
4 Min Read 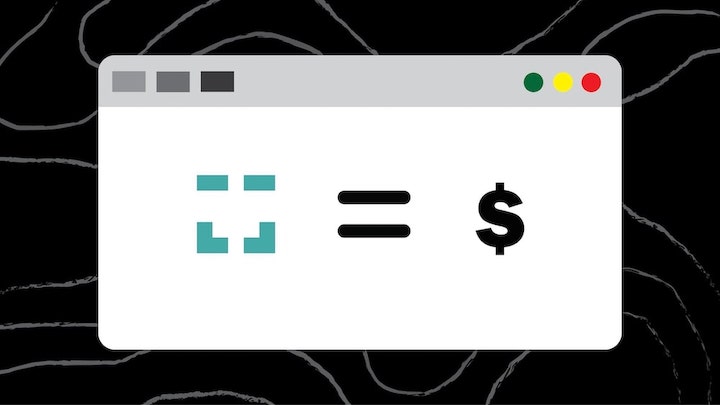 Why We Use a Proof of Stake Blockchain

We built Momint around a Proof of Stake blockchain. Here’s what it is, and why we use it.
5 Min Read 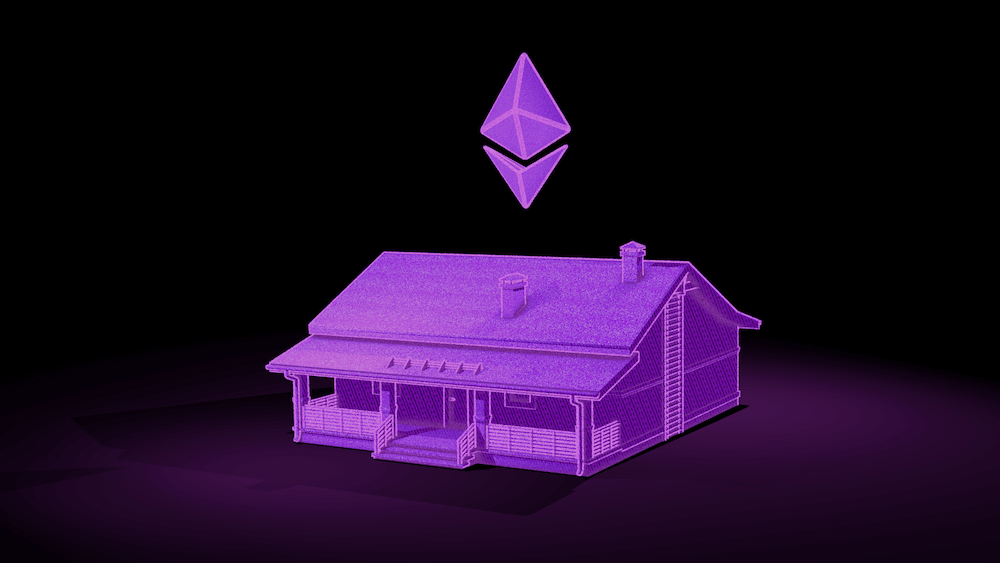 How to Build an NFT Community: 3 Key Steps

NFT communities are one of the most important ingredients in the success of any project. Here's how to create one.
4 Min Read