All You Need To Know About Ethereum: Learn About the Second Biggest Name in Crypto

Get to know Ethereum, in bite-sized chunks and all in one convenient place. We share everything from what it’s got to do with NFTs and the blockchain, to why it’s different from other cryptocurrencies and what the future holds.
Crypto
Blockchain 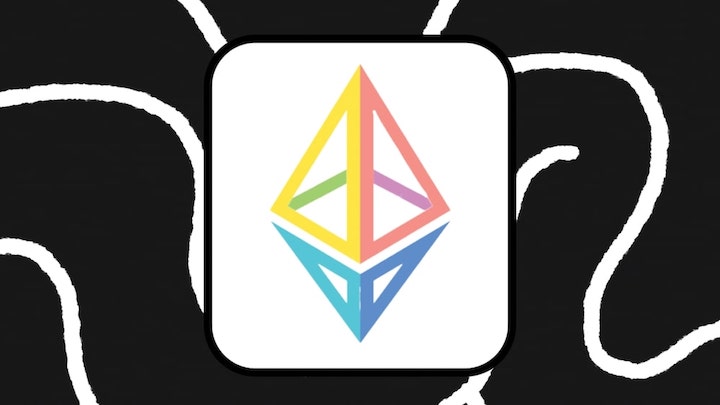 Ethereum is Bitcoin’s waaaaay cooler cousin at the family barbecue. Jokes aside, it’s got far more advantages over its better-known blockchain relative ⁠— for private individuals and for business.

Here’s a quick, easy-to-digest introduction to the Ethereum essentials, from what it is, to why it’s important, and what the future holds.

What Ethereum Is, Where It’s From and Why It’s Important

Ethereum is an open source platform built on blockchain technology. Or, you could just think of it as a “programmable blockchain” to keep things simple.

Because it’s open source, anyone can inspect, modify and enhance the code. It’s a way Ethereum’s creators can crowdsource development talent and invite anyone who wants to, to fix bugs on the platform or innovate and test out new ideas based on the technology. This makes Ethereum a breeding ground for technological innovation. And, while it may feel like it introduces more risk, it actually makes the blockchain more secure — as everyone can audit the code and collectively prevent abuse of the system.

Vitalik Buterin, a Russian-Canadian programmer, published the Ethereum whitepaper in 2013 — introducing the concept, and the technical details of how it would work. He turned the concept into reality in 2015, when he launched the Ethereum platform with Joe Lubin, the founder of blockchain software company ConsenSys.

Buterin and Lubin were the first to understand the expanded use cases of blockchain technology — beyond cryptocurrency.

Since its launch, Ethereum’s native cryptocurrency, Ether (ETH), has grown to become the second-largest cryptocurrency by market value — after Bitcoin. That’s a fair reflection on just how damn useful people find the platform.

Related: Dying to get a little more technical, or just want to connect with other blockchain enthusiasts during your coffee break? Join our community on Discord!

Why It’s Different From Other Cryptocurrencies

While Bitcoin’s blockchain was built only to support the bitcoin cryptocurrency, hosting a cryptocurrency is just one of Ethereum’s functions. Instead, it’s a blockchain-based software platform.

One of the best things about it, is that the platform makes it easy for developers to build blockchain-based apps (“decentralised apps” or “dApps”) — like Momint.

The Introduction to dApps You Didn’t Know You Needed

dApps can look and feel just like normal apps, but because their backend code runs on a peer-to-peer network (blockchain), they offer significant benefits. These include:

They’re still in their infancy, but they’re signalling the end of centralised power. To give you an idea about how they could disrupt markets, let’s explore their application to social media.

While today’s social media platforms often appear to be “free”, users sacrifice their data in exchange. Because they use centralised servers, the companies behind these platforms have control over your data, and can use it or lose it to their benefit. They can also censor content as they please and, if their servers fail, you’re left without access — like we all learned the hard way during the 2021 Facebook outage (ouch!).

Meanwhile, a dApps-based social media platform is resistant to control because information is decentralised. No single participant can delete, demote or block content from being posted. You’ll also never have to suffer downtime.

Now imagine that functionality applied to “big-ticket” sectors like governance, healthcare, education and banking, in addition to dApps benefits of privacy and data integrity….

In a way, Ethereum created its cryptocurrency to boost dApps functionality. Meanwhile, many other cryptocurrencies exist with nowhere to go (or, they eventually need to bridge into Ethereum and be exchanged for ETH before you get much use from them beyond investment value).

What You Absolutely Need to Know About Smart Contracts

Smart contracts are programs stored on the blockchain that function as “trustless” contracts. They record agreements between two or more parties and store it across the distributed, decentralised blockchain network. Ethereum’s infrastructure is what first enabled this functionality in a scalable way (remember, we’re thinking of Ethereum as a software platform of sorts).

Because computers evaluate whether the agreements for these conditions have been adequately met and only execute the program if they have been, there’s no room for human error or deceit. So, they don’t rely on an element of trust between people in order to function — hence, “trustless”.

Further, once an agreement is reached and a transaction occurs, it’s trackable and irreversible. This means that contracts no longer need to be specially enforced by legal authorities, aren’t susceptible to fraud, and can exist between anonymous parties.

The key takeout? They’re the reason you can trust dApps, Ethereum-based transactions, and ether (ETH). But they’re also only around — and used to create NFTs — because Ethereum was conceived as a blockchain platform rather than just a cryptocurrency, in the first place.

Related: Wondering if investing in Ethereum is worthwhile? Track the value of ETH on CoinDesk.

The ERC-20 Token Standard (and What That Means for NFTs)

Ethereum’s lifeblood is its tokens — which can be bought, sold or traded. They’re basically a type of smart contract, and the most significant one among them is the ERC-20.

The ERC-20 token has become a technical standard, providing a list of rules that all other Ethereum-based tokens must follow. These govern the maximum number of allowable tokens, how tokens can be transferred, how transactions are approved and more.

This ensures all Ethereum-based tokens are compatible, and means that developers can create dApps knowing their smart contracts won’t be rendered useless every time a new token is released.

The tokens that are used to mint NFTs, ERC-721 and ERC-1155, follow this standard and they’re the reason it’s possible to minimise gas fees. Whether you’re familiar with the concept or not, here’s what you need to know about it to understand why the ERC-20 Token Standard — and tokens ERC-721 and ERC-1155 particularly — are a dream-come-true in NFT terms. And the key, here, is “interoperability”.

Gas fees pay for the computing power it takes to mint an NFT. How much the transaction costs (what the gas fees are) depends on how many “miners” there are available at the time of transaction — people who’ve agreed to contribute their computer’s processing power towards executing blockchain transactions.

Their computing power becomes more valuable if there are plenty of NFTs being minted on the network, driving up gas fees. Meanwhile, gas fees plummet if there’s plenty of supply (computing power) and minimal demand (people wanting to mint NFTs).

Ethereum is a Layer 1 (L1) blockchain. Meanwhile, blockchains like xDai and Polygon are L2 chains. The three things you need to know about L1 and L2 chains for now, is that:

Because of its low TPS rate, Ethereum-based transactions can be excruciatingly expensive. Meanwhile, the gas fees on L2 chain transactions are kept low because the demand for computing power isn’t as fierce.

Because they follow the ERC-20 Token Standard, the ERC-721 and ERC-1155 tokens responsible for NFT transactions conform to a norm that allows dApps to automatically know how to interact with their smart contracts, regardless of whether they’re on L1 or L2 chains. In this case, these chains just either have to be Ethereum, or based on Ethereum’s code.

Most (but not all) L2 chains are Ethereum-based — where developers have copied Ethereum’s code and tweaked it to run slightly differently.  There are currently 64 of these L2 chains — and to run transactions between them you don’t have to rewrite the code or use middleware. So smart contracts executed on one chain (like NFTs you’ve minted) can be easily transferred to another chain — singularly, or in batches. In other words, blockchains in the Ethereum ecosystem are interoperable.

Interoperability becomes magnificent when you consider how much faster, and cheaper, L2 chains are. You can mint NFTs on an L2 chain for minimal fees, and thanks to interoperability, you can then transfer a batch of smart contracts (i.e. multiple NFTs) onto Ethereum’s L1 chain as a single, cumulative transaction. This makes even L1/Ethereum transactions significantly more affordable.

The big deal? L2 chains are the reason NFTs can be minted at minimal cost. This makes them a viable growth tool for content creators and businesses, especially in developing countries.

We know these are just the absolute essentials. We’re aching to get into the technical details but that would make this blog post reeeeeeeally long so you’ll have to ask us on Discord. >>>

So, What’s In Ethereum’s Future?

According to The Conversation, the most significant change in Ethereum’s future is its transition to a Proof of Stake blockchain.

Why the Move to Proof of Stake Is Exciting

We’ve covered the environmental impact of Proof of Work vs Proof of Stake blockchains in this blog post, but the key take out is that this move will make Ethereum much faster, and drastically reduce its carbon footprint.

Pragmatically, this move to Proof of Stake isn’t just a greening exercise — it also solves the second big problem in the original Ethereum network. Despite how the ecosystem supports interoperability between Ethereum and its L2 chains, Ethereum has become so popular that network congestion has nonetheless frequently driven gas fees to levels beyond ridiculous.

Related: Gas fees? Get your beginner-friendly introduction to what they are and why they exist in our blog post, How to Create NFTs Without Gas Fees.

Unfortunately, they’re massively behind on their PoS roadmap — missing their original April 2021 deadline by miles. Thankfully, there’s another development users can look forward to: the explosion of DeFi in the very near future.

DeFi: What You Need to Know (For Now)

In a nutshell, Decentralised Finance (DeFi) apps are dedicated to solving challenges in the financial sector. They’re basically a piece of code that acts like a bank (a banking dApp, if you will).

The first, and still most prominent blockchain to popularise the smart contracts that DeFi relies on, is Ethereum. And they’re set to break through into everyday life because they disrupt traditional banking models by being:

They put control over your money back into your hands. That’s pretty damn exciting, and people are catching on — according to Institutional Investor, the market capital for DeFi products is already around $80 billion.

We’ll cover DeFi in more detail in the near future, but along with the move to Proof of Stake, here’s the key takeout: Ethereum 2.0 promises to be faster and cheaper, and to cut the network’s power consumption by more than 99%. It will also be able to execute more sophisticated smart contracts than ever before — further expanding what’s possible on the blockchain and opening the way for decentralised finance. We can’t wait!

‍We hope you found this article helpful! We’re going to keep on creating short content about NFTs, blockchain technology and digital art. If you have any questions or if you would like to read or watch something related to these topics, then email us at help@momint.so. 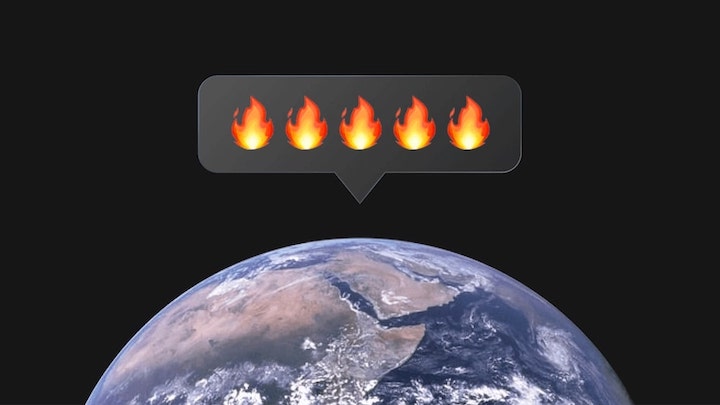 Environmental Impact Of NFTs: Are NFTs Bad for Our Environment?

What is the real impact of NFTs on our environment?
3 Min Read 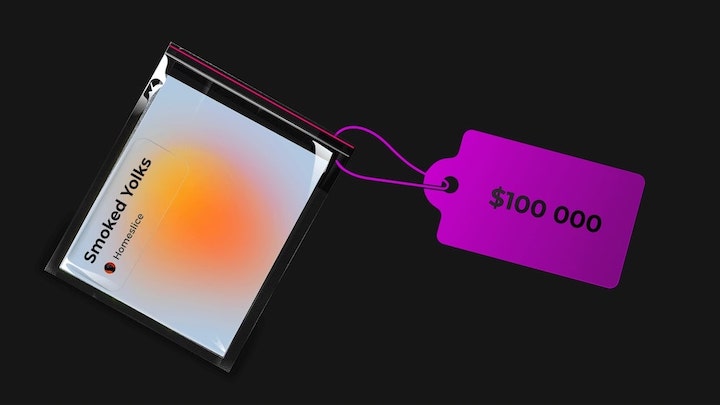 Tips To Get Started With NFTs As A Creator

The basics in getting started as a creator in NFTs.
8 Min Read 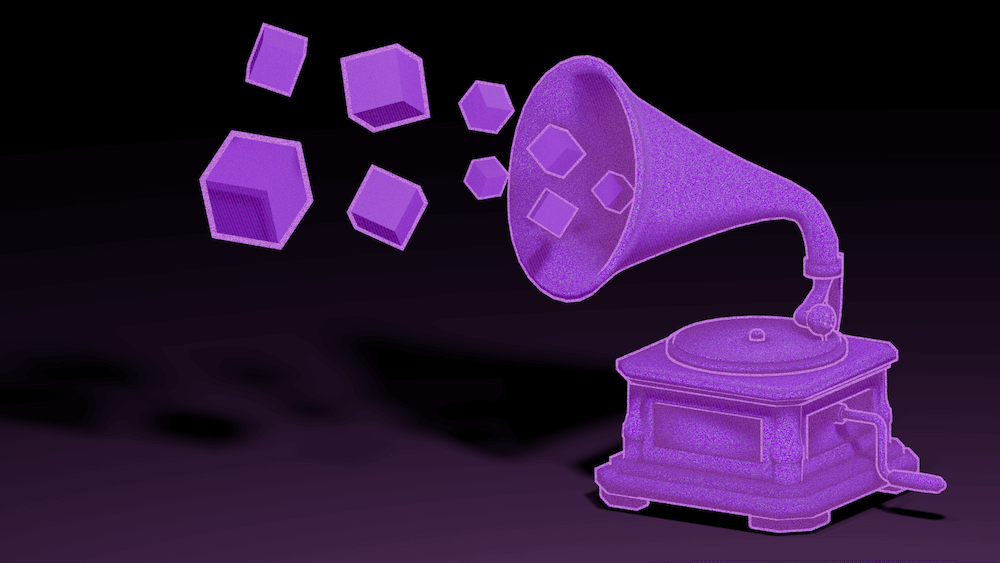 NFTs and the Music Industry: 3 Ways NFTs Will Benefit Music

NFTs are only just announcing themselves to the music industry, and their impact could be game-changing.
6 Min Read